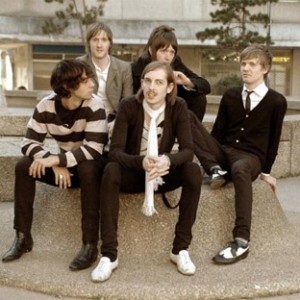 A word of advice to any future band bio writers: try to avoid using the phrase forward thinking British guitar bands more than once in any given piece. In fact, when writing about a band that has yet to release a full-length album, the phrase should probably not be uttered until it can be proven by some observable means that said band, by virtue of their release, have altered how other British based guitar bands have gone about recording their albums. I am speaking about the bio that appears on the Facebook page of British based guitar band Cazals, which I encountered in doing some research for what was supposed to be a quick post about one of their songs. After making a case for why Cazals is on the vanguard of guitar based bands, the bio goes on to remark how their inclusion in the Kitsune roster of electronic acts should be viewed as significant due to their retrogressive tendencies (read: non futuristic approach to music making). Im confused.

Anyway, bios do not make a band, though remixes certainly can. Somebody Somewhere, Cazals recent single, tells the tale of a hopeless romantic with a dirty mind. Lyrically creative, and infused with a melancholic optimism that there is someone out there for everyone, I first heard this track in one of its remixed forms by House producer Lifelike. Probably because of my own biases towards electronic music, I prefer the remix to the original. I think the lush analog synth accompaniment blends perfectly with the strong, standout vocals, and helps enhance the message that you can be a hopeless and hopeful romantic. Compare for yourselves.