Its family day here in Ontario, so I’ve set up in my living room window with a view of a sub-zero sunny day, with my headphones on.  A couple minutes ago, I heard a new track from London based artist Dan Croll (thanks Tej), who you’ll remember came “From Nowhere” and took over the blogs last year.  This song is called “Compliment Your Soul” and I expect is part of his debut album, aimed for a release in 2013.

Video: “From Nowhere” by Dan Croll 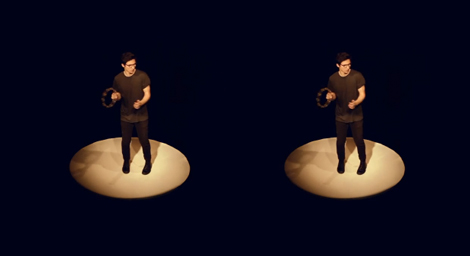 “From Nowhere” by Dan Croll, to be released via Racquet Records on September 24th.

Here’s an introduction to Liverpool’s Dan Croll who you should put on your musical radar.  Influenced by “the world music influence of Paul Simon, experimental orchestral work with African choirs, 1960’s psychedelia, the early sounds of Mars Volta, Beruit, Bon Iver and then more modern sounds such as Metronomy and Dirty Projectors”, he’s already turning heads in the UK (Q made his demo of ‘Home’ one of their Essential Downloads at the start of 2012, Communion Records included his ‘Marion’ on their most recent ‘New Faces’ compilation album).

He’s reaching out to the blogs now with “From Nowhere”; a track with pre-programmed Fafisa beats, a fat sliding bass line, and glacial guitars.  Take a listen below.

Dan is continuing to work on his debut album aiming for a release in 2013.