Waiting to hear from Admiral Radley

Admiral Radley is the new project of former Grandaddy members Jason Lytle and Aaron Burtch with Earlimart‘s Aaron Espinoza and Ariana Murray. The name seems to come from a man, who on craigslist, was trying to sell a 747 airplane. No music yet, just pieces on their homepage. Dates below. Wonder what it will sound like?
3/17 Dallas, TX – Granada Theater
3/20 Austin, TX – Six Stages Over Texas Benefit Show
3/24 Los Angeles, CA – Bootleg Theatre

Have you heard about this new show that’s in the works?

Josh Schwartz (the guy who gave us The O.C. and Gossip Girl) along with Alexandra Patsavas (Music supervisor for Grey’s Anatomy, Gossip Girl) are signed on to create a series of web-only episodes of a show called Rockville, CA. Each episode takes place at a venue, where a band will be performing a live show. The series follows a bunch of characters as they interact at these shows. Impressive list of bands I might add. Keep an eye out for Lykke Li, Phantom Planet, Frightened Rabbit, The Kooks, Earlimart (pictured below) and the Little Ones to appear in episodes.

On the positive, this is another great way to introduce bands to larger populations. But I have one fear. If these characters are going to be talking to each other WHILE the bands are performing, we might see this trickle into real life, more than it happens now! Monkey see, monkey do.

The show will air on the WB network (sorry Canada) and will offer extras like streaming exclusive tracks, downloads, interviews, behind the scenes videos. 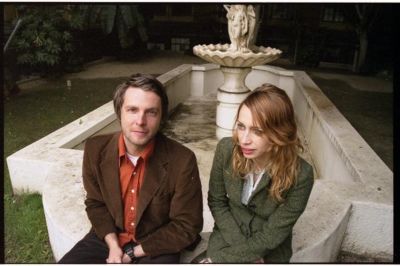 Here’s something to daydream to….

Check out the song called Cut The Leash by Chairlift. [audio:http://www.indiemusicfilter.com/audio/cuttheleash.mp3]

The band originally was formed in Boulder, CO, but now reside in Brooklyn. Between the efforts of Caroline Polachek and Aaron Davis, it really creates a vocal balance heard from such bands/influences as Rilo Kiley, or Earlimart (who the band seem to be big fans of).? They think they sound like synthfolk popcorn. Sure, I can see that right about now…

Go see these kids when you have a chance, shows coming up in the next two months in a few select cities, Toronto included (check their myspace page for dates). And I think there are music videos on the way? Fingers crossed.

Here’s another for you to enjoy. Check out Doves of Summer. [audio:http://www.indiemusicfilter.com/audio/dovesofsummer.mp3]

I hear a little Sarah McLachlan in the falsetto as the song keeps floating on and looping.. really nice.

Shout out to Ben, thanks for the tip. 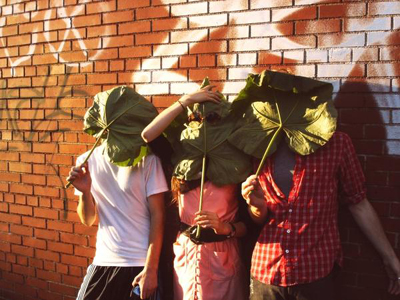 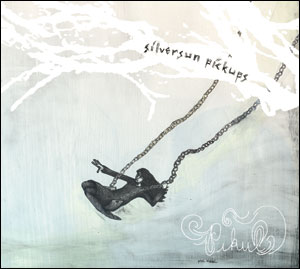 I only saw 8 bands that day. That seems a little low for SXSW.

This one is short and sweet. Big ups to these bands.

Finally, spent around 2 hours at Flatstock, the festivals’ poster fair. If you ever see this show coming to a town near you, go. And go back. 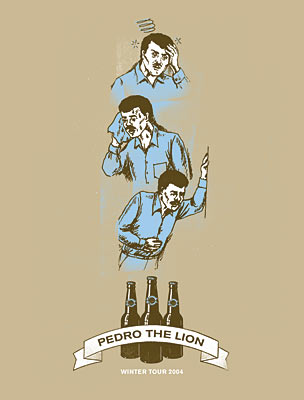