At some point in 2013, Friendly Fires, Andrew Weatherall and Timothy J Fairplay (aka The Asphodells), convened in an east London pub to discuss collaborating on new music together. The plan was to produce music that came from a place outside of their respective usual musical styles – a loose, open-ended process embarked upon for the pure joy of experimentation and collaboration rather than a specific end goal.

The collaboration came on the back of two hugely successful Friendly Fires albums – 2008’s debut Friendly Fires and 2011’s follow up Pala – and an acclaimed debut album from The Asphodells in 2013’s Ruled By Passion Destroyed By Lust, the latest in a long line of classic releases from Andrew Weatherall’s own Rotters Golf Club label.

Recording took place between Weatherall’s Shoreditch studio, The Bunker, and Friendly Fires frontman Ed Macfarlane’s basement studio just a short stroll down the road in Farringdon, using a desk that once belonged to influential German producer Konrad ‘Conny’ Plank to mix the tracks.

The result is ‘Before Your Eyes’ and ‘Velo’ – two brand new tracks that take close to ten minutes each to reveal their full hypnotic glory. The tracks will be released as a AA-sided single on 12” and download and will be the inaugural release on Friendly Fires’ own Telophase label.

“Hurting” by Friendly Fires, from Pala.  Gotta wonder if that’s actually Ed under the mask?

In the feeds today, Friendly Fires kept popping up.  We are getting close to their release of Pala on May 24th, so I guess its expected that these new songs will start to appear.  Hype Machine will be streaming the record (starting on monday) before the release.  Below you can stream “Blue Cassette” and download it for the price of an e-mail address.  Also, Consequence of Sound has a stream of the track “Hawaiian Air”. 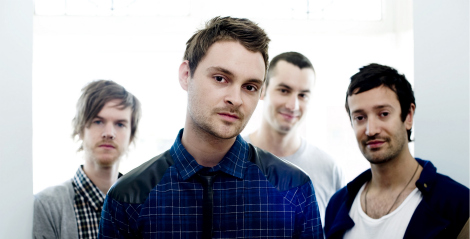 Australia keeps exporting great new music, evidenced yet again by what I’m hearing from the band Strange Talk.  The group combines musical talents from different backgrounds; the ‘vocalist/producer Stephen Docker immersed in the classical world, playing violin for the Australian Youth Orchestra and bassist/producer Gerard Sidhu, crafting house and electro as a regular fixture on the Melbourne DJ circuit’. After months of songwriting together the result is a self-titled EP, which US tastemaker label Neon Gold will put out on CD and Vinyl May 2nd (pre-order May 2nd here).  Combine this news with the fact that the band has opening for the likes of The Rapture, Neon Indian and Marina and The Diamonds, expect to see this band on many a radars.

Check out the whole EP here, for fans of Yeasayer meets Friendly Fires with a down under spin to it. 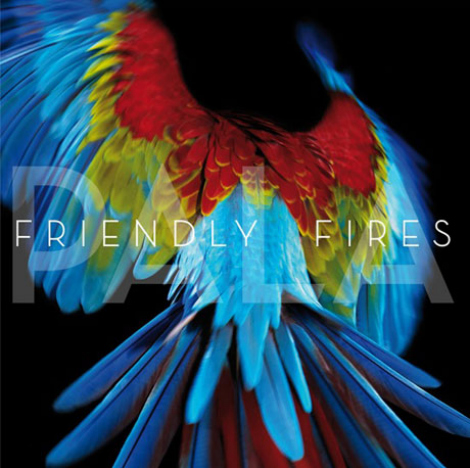 Good day for music.  Click on the streaming player below to get a listen to “Live Those Days Tonight” by Friendly Fires, off their highly anticipated sophomore album Pala (to be release on May 16th in the UK, May 24th North America).  The album gets its name from the Aldous Huxley’s novel Island and was co-produced by the band and Paul Epworth (Cee Lo, Florence and the Machine).  Stoked.