Playlists are in!  Pick your platform of choice (Soundcloud, Rdio and Spotify) and get listening to what rocked the blogs last month (featuring Favela, CHVRCHES, Sego, Born Ruffians and many more).

I’ll admit, I’m phoning this one in a little bit.  I just came out of the sun after a couple beers to get a handle on this overflowing inbox.  These are the songs that rose to the top.  Check out what’s #trending this week on the blogs, featuring Darwin Deez, Icona Pop and Nvdes.

Swedish synth-pop duo Icona Pop recently released a song called “First Time”, which not only rocks, but was the first song they ever wrote since forming in 2012.  The song will appear on the new Emergency EP, out now on Big Beat Records.

Darwin Deez is having some great luck with his second listen from his fall release of Double Down, having Beats 1 DJ Zane Lowe declare “Time Machine” his “World Record”.

Finally, I got a note recently from LA band Nvdes, who’s “chill indie dance music” is a perfect fit for this site.  Check out “Unforgettable”. 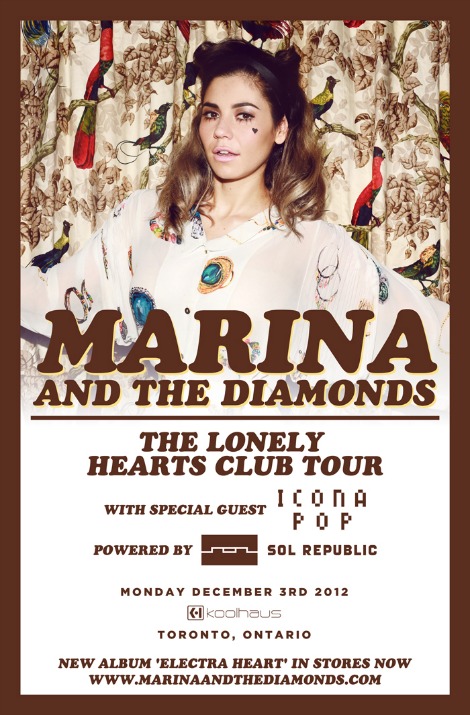 In what has to be one of the hottest tickets in town next month, Marina And The Diamonds will be performing a show at Kool Haus with Icona Pop on Monday, December 3rd (doors at 7pm, show at 8pm, tickets here) to support her recent album “Electra Heart”.

Guess what Toronto folk, this post could be your ticket in.

Tickets are $25.50 but courtesy of Live Nation, I’ve got two pairs of passes to give away for the show. There are two ways to enter.

Either email me at chris AT indiemusicfilter.com with “Marina” in the subject line with your full name in the body.

Or, RT my tweet about the contest.  Each way enters your name into the draw.

This Will Be Good For You

Check out the latest track from Swedish electropop duo Icona Pop called “Good For You”, from the Iconic EP.  Wish I were at CMJ to catch this band, maybe I’ll try to catch them on the road with Marina and the Diamonds.

Check out “Good For You”.

Video: “I Love It” by Icona Pop 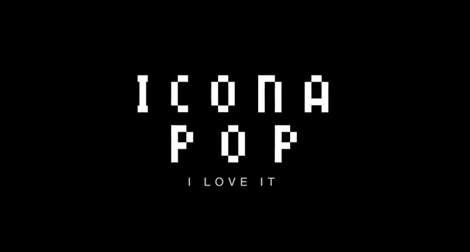 This kind of feels like a repost, as I think I did share this on one of the old social networks a little while back.  But, its not officially on the blog, until today.  Check out “I Love It” by Icona Pop.