After a seemingly never-ending countdown on their Facebook page, Metric finally released the video for “Synthetica”. According to the interview published on Rolling Stone, the video works as a comment on the world’s complacency regarding the abusive formatting of people and ideas. Justin Broadbent, the video director, materializes this idea through the use of spellbinding mirrored images. It was worth the wait! 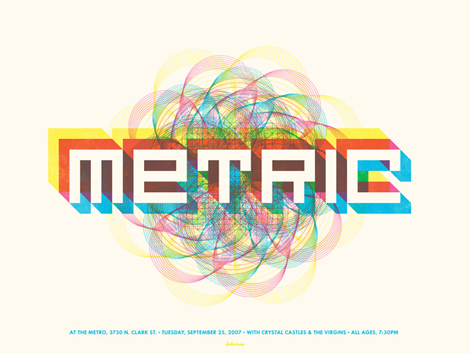 While surfing the store for Chicago’s Delicious Design League, I had this familiar feeling that I’d seen these prints before.  Turns out I purchased the above Metric poster for my brother a few years back at SXSW, so I probably even met either Jason Teegarden-Downs and/or Billy Baumann, the two friends who formed  Delicious Design League in 2006.  The company started as a hobby for the two (who work in the design and ad biz) but grew into a full-time design and illustration studio.

Check out some great examples in the store. 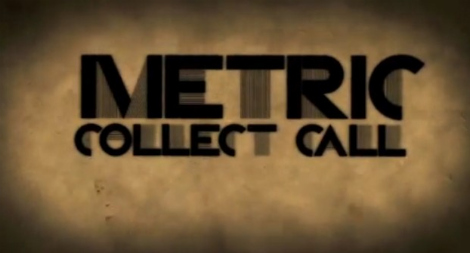 Here’s the Christopher Mills (Interpol, Modest Mouse, The Secret Machines) directed short film called featuring Metric’s “Collect Call” off Fantasies. Mill’s animated piece tells the haunting tale of a young woman trapped in “a dark dream in an alternate reality,” recently premiered at the Bravo!FACT Shorts Under The Stars a little while back in Toronto.

Around the release, look for the band on the road, dates below.