Having a van full of musicians will always provide endless lists of albums to listen to or songs to seek out. Still there are times when you need something to escape into. Even after the onslaught of fantastic records that have been released since 2013 Matthew E. White‘s Big Inner is still that album for me.

The first time I heard Big Inner we were crossing the Swiss Alps and something about that setting, first snow tamed by sunlight, left an indelible memory for me.  Song Of The South meets 70’s Soul, it provides the musical pillow for my head on those long drives.

This post was written by Sean Daniel Stentz of NO, as part of their Takeover of Indie Music Filter.  Find the band on twitter here. 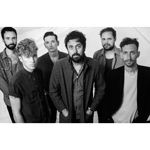 There was quite a momentous clear-as-glass experience from last year – the time I excitedly hovered over the play button for NO‘s “Stay With Me” video premiere on NME’s list of bands we should all keep an eye out for.  Having the similar feeling I had years ago when I clicked on Mumford & Sons ‘Little Lion Man’ in NME’S list of Unsigned Bands.  It’s NO secret I’m an embarrassingly gushy fan of their music and still live perplexed as to why they are still under the musical veil.  It’s time fellas – YES to NO!

The band release their brand new video for their single “What’s Your Name”.  Filmed in their birthplace of LA’s Echo Park, it stars Johnathan Tchaikovsky and was Directed by Ryan Reichenfeld (who created the masterpiece of ‘Stay With Me’ too).  Teaming up with an integral part of LA’s music scene; White Iris Records who become the launching pad yet again (FIDLAR, Best Coast, Electric Guest) for NO’s What’s Your Name/Eleven Eleven 7″ single, offering it on vinyl and digitally.  The song alludes to holding all the elements of an anthem by exposing rich vocal harmonies, heavy guitar riffs and beautifully fluid drum beats that build into a powerful finale. I’ve never meant as much of a yes for a NO – like now. Here, just for you…

NO | What’s Your Name from NOLOSANGELES on Vimeo. 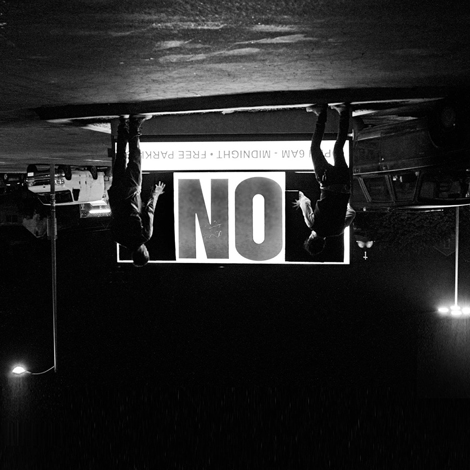 NO is the Echo Park, CA band fronted by Bradley Hanan Carter and “Stay With Me” (below) comes form their EP “Don’t Worry, You’ll Be Here Forever“, out on November 11.   Inspired by the likes of Bill Callahan, The National, and Arcade Fire, this EP features “epic, atmospheric drums that pulsate, buttered bass tones, melodic choruses”.

Stay With Me by NO.