on my way back home 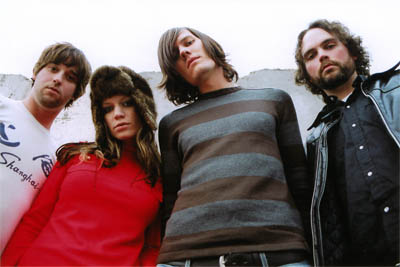 Perhaps it comes from the prairies. The flat land’s expanse across the horizon, like a golden ocean under a blue sky. Introspective thoughts often emanate from such broad perspectives. So, apparently, does solid music.

The Blood Lines hail from Saskatoon, Saskatchewan and following the impressive impact of their eponymous debut release, which landed them a gig touring with the Dears, and then playing the Beijing (as in China) Pop Festival, they’re now working towards a 2008 album release.

When I say working towards, what I mean is, they’re posting new, unreleased, demo tracks weekly on their MySpace page. They’re hoping for feedback to help decide which tracks they cut and which they keep, so help them out by heading to it. Personally I’m a fan of We’re All Getting Old and On My Way Back Home.

P.S. – Check out the comments for their China tour video. Thanks for the link Chris.