Check out new music from The Avalanches, Yoke Lore, Hollow Coves, Oliver Tank and many more.

Often imitated, but rarely licensed for synch placements, take a listen to a new mix of “Hoppipolla” by Sigur Ros for the upcoming season of BBC’s Planet Earth series.

The band had this to say about the collaboration.
“In Iceland we are blessed with a seemingly inexhaustible supply of wild and untamed places. But even here, in the very furthest flung corners of Europe’s largest wilderness, the scars of human industry are visible, the plans for future encroachments, by dam and smelter, legion. If lost the Icelandic highlands are not recoverable. Around the world the story is the same; the traffic, literally, going in one direction. Sigur Rós are proud to be associated with Planet Earth II and its all-important mission to hold us rapt in understanding of, and respect for, this endlessly fascinating, utterly surprising and ultimately fragile place we are lucky enough to call home for a short while.”

I’m loving this new song “Forever” from Julianna Barwick, off her upcoming album Nepenthe (out August 20 via Dead Oceans).  Take a listen below in her album trailer below.

Nepenthe is Julianna’s third full-length album, which was recorded in Reykjavík, Iceland, in the dark cold days of February.  In ancient Greek literature, nepenthe was a magic drug of forgetfulness used to wipe out grief and sorrow. The title suggested itself to Julianna, who experienced a death in her own family in the middle of making the record, but it also refers to the music consoling her during the isolation she was going through – on her own, in a foreign country with a terrible internet connection – during the sessions. Nepenthe‘s heady potion is about moving forward, finding a way through difficult times – of retaining a feeling of hope.

The record was produced and engineered by Alex Somers (musician/producer of Sigur Rós, Jónsi, Jónsi & Alex) with crucial contributions from string ensemble Amiina, guitarist Róbert Sturla Reynisson from múm, and a choir of teenage girls.

Nepenthe is intimate without being introspective. Instead it’s a radiant array of light-dappled choral works, drawing a powerful sense of hope from the depths of despair.

Icelandic twin sisters Pascal Pinon just released a video for ‘Bloom’, the new single off ‘Twosomeness‘, an album produced by Alex Somers (Sígur Rós, Jonsí) and filled with delicate melodies and profound lyrics. This new video makes me want to eat candy and cupcakes – not sure it’s because of the pastel colours and subtle superimposition of  images or because the song makes me so melancholic that I want some comfort food. Either way, this is a truly touching song and a beautifully made video (directed by the Russian photographer Alísa Kalyanova) and you shouldn’t miss it. 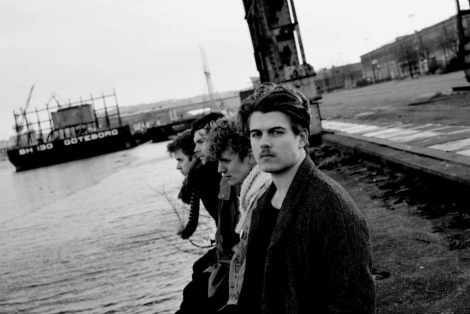 Selsius are a band from Gothenburg, Sweden; a composing collective with influences from both pop music and post rock.  The latest from them is the new single “Now here . Nowhere” from the upcoming EP with the same name.  The EP was recorded by the band themselves and later mixed and mastered at “Nacksving” studio in Gothenburg.

Love it when a band goes from one that I’ve never heard of, to a band I want to hear more from.  For fans of Sigur Ros, check out “No Here . Nowhere”.