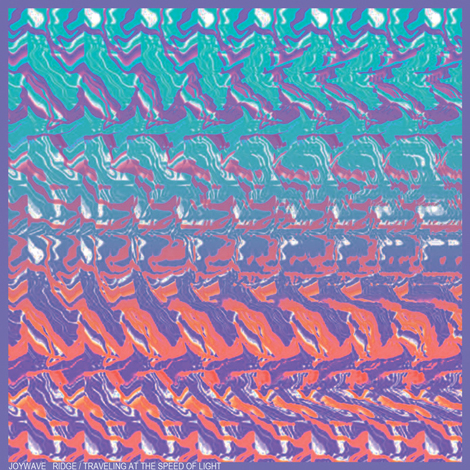 During the course of all the parties, meetings, showcases and debauchery of last weeks’ NXNE conference, I managed to meet up with some bloggers (both from in and out of town).  A few people I met at the Kelp Records BBQ on Friday afternoon were the rad guys at Tympanogram; a Rochester, NY based blog I’d started following a couple months ago.  Their posts always get a listen from me because most of the time, its a quality new artist I haven’t heard.  Trusting their ears, I’m happy to report that they’ve decided to take a step into the limited-release vinyl label end of this, launching Tympanogram Records with their first signing Joywave.

The first release from fellow Rochesterians Joywave is a 7” single (limited to 500 copies) on white vinyl.  The A-side is a track called “Ridge”, which will be sure to make a few summer mixtapes.  The AA-side is an original that was on the bands’ wildly successful 77777 mixtape – “Traveling at the Speed of Light.”  Look for this release probably by the end of July, in the meantime pre-order.

Check out “Ridge” and  “Traveling At The Speed Of Light“.

Just about to publish my picks for Canadian Music Week and SXSW, but before I do, here’s a couple things to tie you over.  First off, check out the Grooveshark logo just to your left.  It’ll open an ongoing playlist that I intend to update daily.  Might be a good replacement for the old playlist I have going, which is a bit of a pain in the a$$ to update.  Elsewhere,

–Icona Pop is popping up everywhere.  Coolest shit out of Sweden?  Maybe.  check out “Manners”.

–Checking out a few more tunes from Blake Mills, songs released on the newly formed vinyl label Analog Edition (started by Matt Carr from the blog Everybody Taste).    Check out “Winter Song” and “Hey Lover”, the 7″ from Blake Mills.

–Go grab the new free EP from Young Galaxy, this one’s a collection of remixes of We Have Everything.

–What Pi sounds like.  Starts off meh, end sounds great. Math is fun.

–Lady Lamb The Beekeeper on Consquence Of Sound.  Wow.

–Here’s the Track Of The Week post I did for Aux.tv today on Little Scream.  Go download “Cannons”.

-Totally hooked on “Heartattack” by Lovett, for fans of The Heavy.  Thanks Tympanogram.

–Pretty Much Amazing has a track called “Take Off Your Shirt” by Bibio.  Reminds me a little of LCD Soundsystem and Jamaica.