The Dodos on They Shoot Music Don’t They? 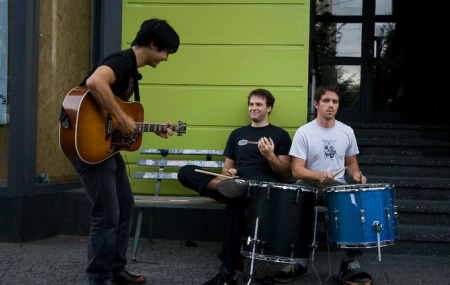 This is They Shoot Music Don’t They‘s Berlin Session #4 where The Dodos play two songs from their album at the Greifswalder Straޥ in East Berlin district Prenzlauer Berg. ‘Meric, Logan and Keaton perform acoustic versions of “Acorn Factory” in front of the Magnet Club, where they played their show that night, and “A Time To Die” (without the intro part, they were in a hurry) between some tramway tracks.’

« Muse: Mixing it up a bit » ‘Kaleidoscope’ by Tiesto (featuring Jonsi from Sigur Ros)