The rest of CMW 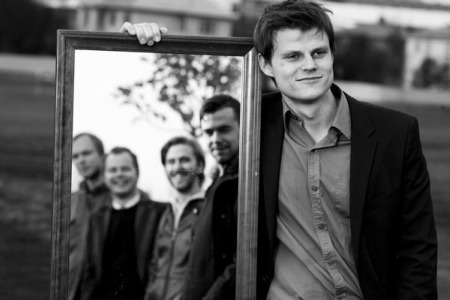 Honestly, I don’t have too many things to report. I didn’t see nearly as many bands as I wanted to see this past weekend, but thats how it goes. Here were my highlights.

-On Friday, after attending a party that Maple Music was putting on in the Royal York Hotel, I almost walked through a spread of fresh vomit in the lobby of the hotel. The only thing that stopped me from wading through that horrible bile was a warning, directly from the guy who vomited ‘Hey Buddy, watch out for my puke!’. The Staff at the hotel used two luggage carts to block it off, preventing other unsuspecting lobby walkers from stepping in it. Weird thing was, why was this guy still hanging around? Wouldn’t you be running if that were you? Of course, it is a music festival….

-The last song performed by Iceland’s band Sprengjuh�n.� I walked in Rancho late (or early) to catch it.� Have no idea what it was called, or how it went.� But after a few myspace listens, I’m liking a few songs here.� Take a listen.

–D’Urbervilles.�� Great perfomance at The Silver Dollar to finish the night for me.� See you in texas.

-The music supervisor panel on saturday afternoon.� Met some great people in from NY and LA, hope they like the music I pass along down the road.� Advice for how to run the panel better though?� Shorter introductions, less live performances, more questions and input from the audience.� I’ve sat in the audience for a bunch of these now, think panels with those qualities are the most useful.

-Sat Night for music.� It was all Irish for me.� Didn’t catch one CMW band.� Think maybe that was a good thing, seeing as how I’m heading to Austin tomorrow until Saturday.

SXSW Updates as I can send them, check my twitter feed for the most up to date sightings and comments.