This Is Radio Freedom 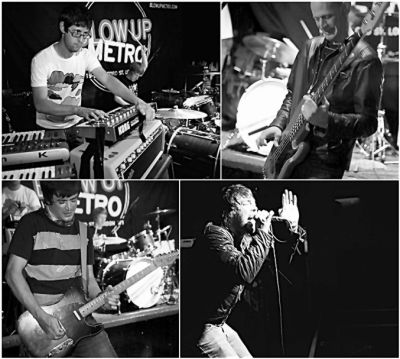 Back in June, right before NXNE weekend kicked off here in Toronto, I was patiently perusing the act-list on the festival website and frankly wasn’t finding much that I hadn’t already heard of, that was impressing me.

Luckily I tend to go a bit overboard when I explore things in depth.

What I managed to stumble upon was This Is Radio Freedom. Their sound immediately caught me and I KNEW I had to see them live.

I actually didn’t particularly care if any of my friends joined me, although to be fair, I was relatively certain my girlfriend would happily keep me company. Luckily, due to the nature of the evening and the happy nonsense that is the Toronto music scene, many other venues were crowded to overflowing, and soon after the last song by Spiral Beach I and those I dragged in tow, made our escape from the opressive heat of the Horseshoe Tavern, and headed over to Holy Joe’s above the Reverb to catch what I will fondly recall as my HIGHLIGHT OF THE FESTIVAL.

Originally from Wales, their act is best described as LOUD, rocking, powerful, and most especially inspiring. Unfortunately for most of us at the show, the band’s set was cut short. That being said, This Is Radio Freedom put more energy into a 30 minute set than most acts could force into 2 hours. The beats were bombastic, the riffs were ecstatic, and the vocals were awesome. They rocked.

One thing I most admire about their act is, they aren’t trying to reinvent the wheel. They’re just doing what a good rock act does, and they do it very well. They spent part of last summer performing alongside Iggy Pop, Primal Scream, and the Charlatans. This Summer they’ve already played NXNE, and Glastonbury, and released their single Bombthreat. They’ve also released a Dan Le Sac remix of their track Family Man. You can hear both on their MySpace page. They’re touring some more, and their debut release comes out on July 21st.

For your listening pleasure check out the demo for Strike Sparks Anywhere. The track is unreleased, but I’ll try to post a copy of the final cut ASAP. Enjoy it and keep enjoying your summer.