Check out Toronto’s Timber Timbre, who will be re-releasing their self-titled full-length in Canada on June 30th through Arts & Crafts. Previously, Out Of This Spark (D’Urbervilles, Forest City Lovers) released the album. But it got great reactions from A&C‘s A&R after Bry Webb from the Constantines brought it to their attention. As well, Out of This Spark have also inked a deal with the mini-major for distribution.

Timber Timbre‘s music seems to haunt with an eerie feel, dark lo-fi bedroom blues with a calm voice at the helm. Take a spin with the song Lay Down In The Tall Grass, you can get it for free here.

Here’s the hypnotic video for We’ll Find Out.

As well, the band will be all across Canada from now until July (myspace). I’ll be looking to attend their show during NXNE, a two night Arts & Crafts fest at the Courthouse (featuring Apostle of Hustle, The Happiness Project, Years, Jason Collett, Still Life Still, Zeus, special guests and headliners, as well as a book launch for Stewart Berman‘s This Book Is Broken: A Broken Social Scene Story). 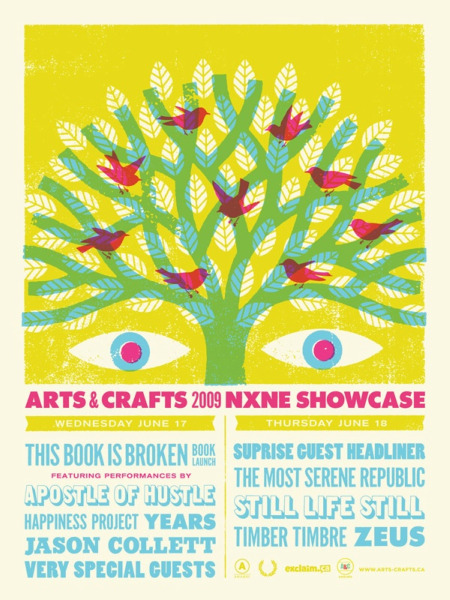