“Us vs Them” by Common Prayer 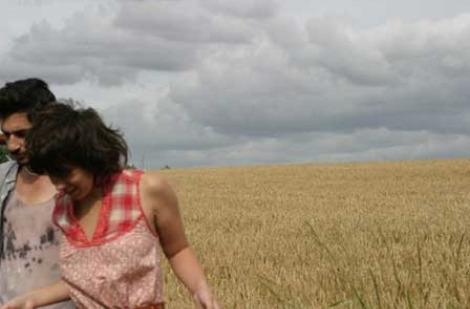 Starting in spring of 2009 from the english town of Steventon, Jason Sebastian Russo began putting songs together through half-tuned guitars, myriad scraps of rusty metal and a piano with a knee-high flood watermark into a cow barn on Hill Farm. What came from this was the band Common Prayer, and thefirst album, There Is A Mountain.

Now, the band has been signed to Big Potato Records in the UK (a label founded in part by Neil Halstead), with plans for a July 19th release in the UK/Europe and a subsequent European tour. A North American digital release via Russo’s own imprint on Virtual Label is set for June 1, 2010.

Think cinematic outside-pop tracks, with violins, organs, and found sounds. Check out Us vs. Them.