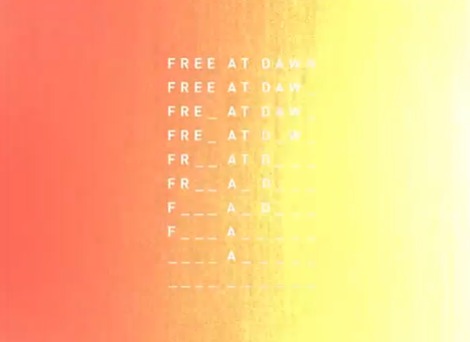 “Free At Dawn” by Small Black, from Limits of Desire.  Directed by Yoonha Park, the video was inspired by Hollis Frampton’s experimental film from 1970, Zorns Lemma. In Frampton’s film, which is part of the Criterion Collection and available to watch online, the alphabet appears letter by letter and is then slowly transformed into representational images. Similarly, Park’s video establishes structure by flashing the letters that make up FREE AT DAWN, and setting with first person point of view footage crossing the Brooklyn Bridge. The video develops the quality of a tone poem as the rigid spelling structure dissolves into abstract imagery.