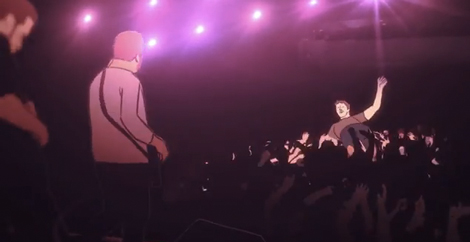 “New Sum (Nous Sommes)” by Hey Rosetta!, directed by Jesse Davidge and produced by Blatant Studios, an award-winning creative production studio located in Vancouver and specializing in animation and motion-graphics. Much of the footage for this video was shot at the band’s sold out Commodore show during the ‘Yer Fall’ tour of late 2011.