Video: “You Can’t Be My Girl” by Darwin Deez 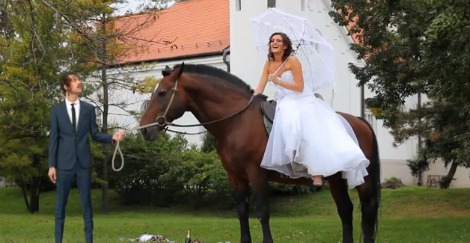 “You Can’t Be My Girl” by Darwin Deez.

“Directed by Keith Schofield, the video tells the story of a guy who falls in love with a girl, but never lets her know. The video follows her journey of meeting someone else, getting married, having children, etc., whilst Darwin remains forever alone in the background. The video is also a parody of “found footage” (Tumblr videos) where the videos are nothing but an endless series of hipster, or supposedly cool and interesting, imagery.  Darwin’s is an endless series of banal, corporate b-roll, re-contextualized into a bizarre (but hilarious) music video.”