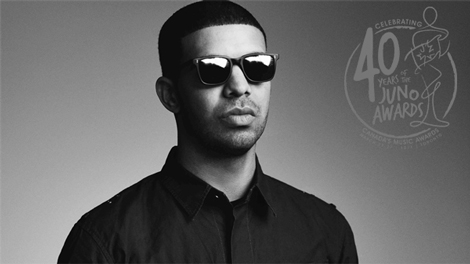 I attended the Juno Awards on sunday night and I’ve gotta say that I was really impressed by the show that was put on.  Drake was a solid host, the production was top notch and everything seemed to run very smoothly.  Also, it really felt more up my alley in the music and artists they choose to nominate, award and have perform.  No longer just an opportunity for major labels to showcase their high priority acts to tweens, I feel the Junos have taken a step in the right direction.  Here’s a couple things I remember from the broadcast:

–Gonzalez and Drake duo-ed a couple lines of Sarah McLachlan’s “I Will Remember You”.

–Beiber won the fan choice award.  Felt sorry for Johnny Reid.  Every time they read the nominees, there was a very noticeable difference in the amount of girls screaming for him.

–K’Naan awarded Arcade Fire with the songwriter of the year award.  Arcade Fire gave a shout out to Sneaky Dees.

–Hedley performed.  Way too much vocals on Jacob Hoggard’s “in” breaths.

–Shania Twain was inducted into the Canadian Music Hall Of Fame.

-A medley of Canadian classics.  Jim Cuddy and Sarah Slean cover Lightfoot’s “If You Could Read My Mind”, City and Colour performed Neil Young‘s “Old Man” and a ton of Dakota Tavern regulars took on The Band‘s “The Shape I’m In”.

-The new artist category was full of not-new artists.

–Billy Talent gave a shout out to Parkdale.

–Arcade Fire performed “Rococo”, which was a song I wouldn’t have picked, but it came out better than how they sounded on the Grammys.

–Chromeo perform “Hot Mess” and do their best Robert Palmer.

–Arcade Fire win best album.   I climbed down from the rafters and into the night.

Look forward to these awards next year.