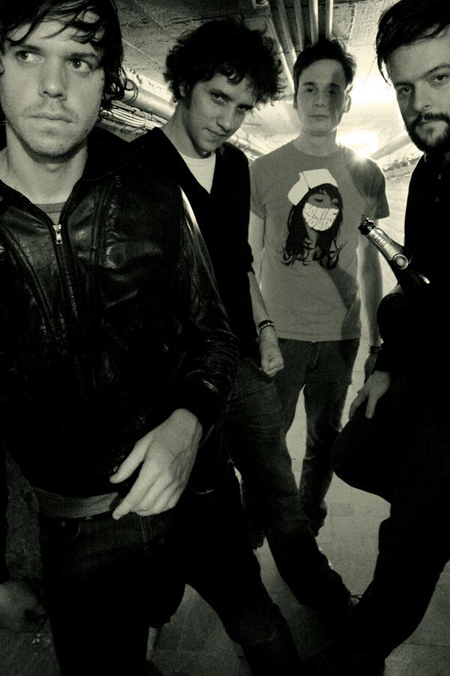 I’d like to introduce to you a band/DJ project named MVSC. Their name is an acronym that describes their origin, when the rock band (M)ontevideo joined forces (VS) with DJ/producer (C)ompuphonic. I would like to thank Compuphonic for making clear on his MySpace page what exactly the band name meant, as I had spent more time than I should have the other night trying to figure out if there was some new instant messaging jargon that I needed to get up on. Listening to the album the music is dancefloor friendly but shows ample evidence of good song writing with some clever lyricism and key changes, solid guitar work and compelling lead vocals. At the moment the band has released a track named Sunderland on Beatport (only available in Europe at the moment) and will be dropping a full length album in at the end of the summer on Belgium’s Playout Records. I am still waiting to hear back from their label about when MVSC‘s music will be distributed in North America and if any live dates are planned. I’ll keep you posted, but for now please enjoy the cheeky Your Best Ever Lay and the epic Sunshine while you wait.