ANXIETY AND ME (Dan Croll Takeover)

I cant remember exactly when or how it arrived, but it was around 2011. I think burning the candle at both ends, a large amount of stress, money trouble, and the music industry turned me in to an anxious mess.

Also, the effect an inner ear condition was having on my balance was horrible and a sudden wave of nausea and panic would hit me at any time. Eventually these symptoms cleared up, but the feeling of losing control left me unsettled. From this day I would have to learn to cope with anxiety.

Having an anxiety attack is like fearing the worst possible outcome no matter how ridiculous and not being able to escape its possibility.

For me, my main anxiety is embarrassing myself in public. Whilst I had that ear condition, there were some instances where I would feel extremely sick or faint randomly in a public place. It was a horrible experience that has stuck with me. Now when i’m in busy public places, such as on a rush hour tube in london, or a tightly packed restaurant, it hits me like a tidal wave.

My breathing starts to shorten, lungs start to tighten, the ability to swallow becomes restricted by what feels like a large apple in my throat, a layer of cold sweat covers my body, my vision starts to blur and panic sets in. Usually by this point I’m running out of the room.

Theres been quite a few times on stage where I’ve had one an attack? not so much due of to the size of the crowd or nerves, but more the lack of breath between lyrics can sometimes make me go light headed, and the possibility of fainting on stage scares the shit out of me (I’d obviously find it rather embarrassing too).

The worst anxiety attack to date that I’ve had, was on my most recent trip to america where I was booked for a Live TV interview on FOX. Leading up to the interview I was feeling fine, slight butterflies, but relatively in control. To my left were two LA TV Anchor stereotypes, bursting with botox, and blinding me with their bleach white teeth. As soon as the countdown to air started, the idea of spontaneously being sick (ridiculous I know) live on TV brought on an anxiety meltdown. I was suddenly very aware I was in a large busy television studio, with cameras pointed at me like canons, and I was the sweaty target.

The temptation to run out of that studio became more and more tempting, but I managed to sit it out.

– Exercise
– Sitting next to a Window or Door (Knowing you have an escape route planned can have a calming effect)
– A good nights sleep
– Good headphones, good music (allows you to switch off from the stressful sounds of the outside world)
– Pinching the skin between your thumb and first finger (a good pressure point that can distract the mind)
– Organising/spreading your workload
– Being outside, fresh air 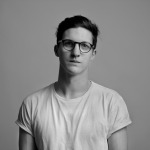