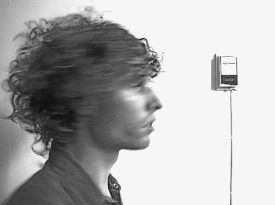 Who : Aderbat from and between Doylestown, PA and Brooklyn, NY.

What : You learn something new everyday. The Aderbat is a word invented by the press to describe Clement Ader’s bat-like flying machine called The Eole. Apparently, in 1890 Adler flew this machine 50 meters and recorded the first self propelled flight in history, 13 years before the Wright Brothers did. Really? Well, it hasn’t been changed on the wiki page…. Aderbat is also the name of a 5-piece band led by singer/songwriter Matt Taylor. Wearing his Van Morrison influence on his sleeve, he’s put together some very great songs here for his sophomore full length (We Belong To The Sea ). Very Dr. Dog in the sound and produced by Andrew Weiss (Ween, Akron/Family ). I’d say a pretty good find.

Song : Busted Cars . If you’re looking for more, check No One Would Notice on their myspace .

« Treaty Connector by The Danks » Black Fur by Fredrik