For the record, The Darcys are named after Mr. Darcy, from Jane Austen’s Pride & Prejudice. When we started the band I was in the final year of an English degree but I’d neglected to take the first year survey course, so there I was, and P&P was on the syllabus. Jason was in that class too and I remember watching the BBC miniseries with him at my apartment before the exam and drinking too much wine. So sure, our band’s named after a character from a Jane Austen book, but that’s not the kind of thing we generally like to read these days.

For some reason we’ve bonded over books that fixate on death: Don Delillo’s White Noise, Cormac McCarthy’s Cities Of The Plain, Michael Winter’s The Architects Are Here, are all good examples. These last two are the kinds of books where good things only happen so that bad things can happen later, things are only given to characters to be taken away. I guess you could call us bleak on that count. On the other hand, you could argue that a healthy pre-occupation with death gives you a greater appreciation for the things you have in this life. Like rock ‘n roll instruments, a warm coat, friends and lovers, a van.

There’s a bit from Cities Of the Plain that always sticks in my head where a cowboy called John Grady is trying to fix this run down old cabin and says to a cowboy called Billy something like “we might could fix it up” and Billy replies “what’s this we shit, you got a rat in your pocket?” You know he’s gonna help him, but he’s got to give John a hard time first, because what he’s trying to accomplish, it’s sort of a fool’s errand. The story’s really about friends using all the resources and power at their disposal to help each other out and watch each other’s backs even when it seems like everything’s completely lost. Which is sometimes what it feels like being in a band.

In the spirit of the kinds of writing we enjoy I’ve put together a paragraph length story that truly happened to us just last year:

It was snowing when we crossed the border and by the time we got to Ohio it was a blizzard and there were cars skidding cross the road. We weren’t used to the GPS and I let it take us down this little two lane highway next to a river. We saw more cars skidding and we were slipping ourselves. We started slipping into the wrong lane and there was a transport truck coming to hit us. This is it, we’re gonna die, and the guys in the back woke up. At the last second Wes got back control of the van and steered it into the proper lane. We pulled onto someone’s property and sat in silence. I looked over and saw the left side mirror’d been clipped clean off. We were all in shock and fell asleep for a bit until a policewoman tapped our window and told us move along and I couldn’t help but think of that movie Fargo. The snow followed us all the way down to Arkansas and a few days after that we were in San Diego to start a tour.

This post was written by David Hurlow of The Darcys as part of their Takeover of Indie Music Filter. Find The Darcys online or on twitter. 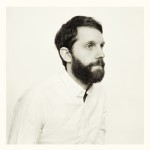