Watch This Video (The Darcys Takeover)

The following is the original copy I sent to Vice/Noisey regarding our “Muzzle Blast” video but they seemed more eager to poke fun at our band’s emotional side than to foster a conversation about the rapid decline of Detroit.

This post was written by Wes Marskell of The Darcys as part of their Takeover of Indie Music Filter. Find The Darcys online or on twitter. 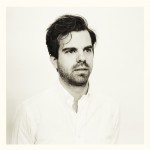 « Dead Good Reads (The Darcys Takeover) » Be A God