Hoodoo by The British Columbians 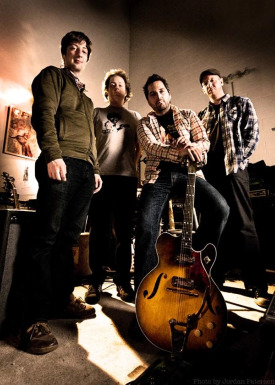 What : Perfect song for a friday. Dozing off at work a little bit? Imagining yourself at the bar tonight ordering your 2nd Jager shot? Here’s the soundtrack for that exact moment, Hoodoo (below). While in conversation with the good kids at Vapor , they told me about this west coast 4 piece. The band was formed from a two year collaboration between Girard Knox and Dave Moran. What came next was a self-titled debut last Sept, which Colin Stewart (Black Mountain, Destroyer ) worked on. For fans of Jack White , Black Keys , heavy riffs. Awesome stuff.

« Harlem Shakes » Memories don’t just come back to you, they attack.