Meltdown In A Major by The Dears 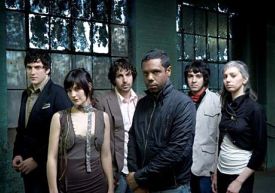 Who : The Dears from Montreal.

What : Heres some new music from Montreal art-rocker The Dears . After a two year break and a bunch of roster changes, lead singer Murray Lightburn and Natalia Yanchak have recently signed a deal for their new record Missles to come out on LAs Dangerbird Records . In Murrays words, the new record is “A blues album, essentially. Its also long and kind of paced for love making, because that really makes everything better. 58 minutes, 16 seconds, 10 songs. One song is over 11 minutes, just like the old days .”

Song : Meltdown In A Major. here

« Summerworks » Video for Jump In The Pool