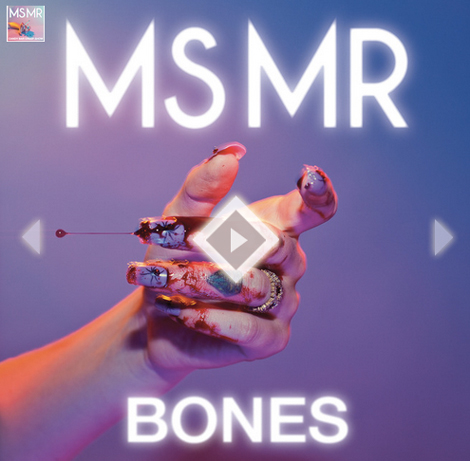 New York’s duo MS MR is excited to unveil their 4-track debut EP, Candy Bar Creep Show, starting today exclusively via their Tumblr msmrmusic.tumblr.com.  Every Monday for the next four weeks, a new track will be revealed along with artwork, a video, and an official remix. The band will also be posting the stems for each song, and invite people to get involved by making their own remixes and submitting them back to MS MR. The band will pick their favorites and include them in the official album campaign next year. The Candy Bar Creep Show EP will be for sale on 9/18, and available for iTunes pre-order now HERE.

Head to tumblr to hear the first track, “Bones”.

« Stream This: Stars » Video: “From Nowhere” by Dan Croll