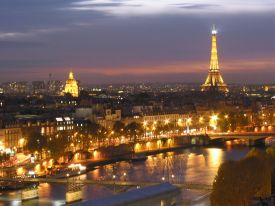 What : That’s Au Revoir Simone doing the vocals there. Pretty sweet song wouldn’t you agree? Many differences between this and the originally, the most notable being the tempo. Both versions will make you move, but in different ways and speeds. I’ll think of it as slow exit music while trying to get out of this damn office.

« Black Fur by Fredrik » Set Me Free by The Heavy