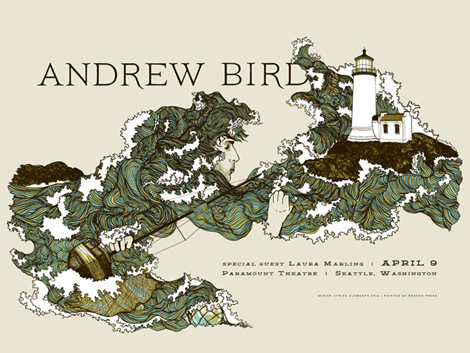 If I had actually gone into Flatstock at SXSW, I would have stopped at Frida Clements‘ booth.  I probably would have bought a few posters.  But since I banned myself from the whole exhibition (keeping myself on a budget, even though its one of the things I look forward to the most at SXSW),  I was never able to see these amazing posters in person.

Her love of screen-printed posters inspired an annual poster show dedicated to the artists performing at Sasquatch!. The exhibition ran 4 years and featured emerging and established poster designers from the Northwest and beyond.  She was named “Best Show Poster Artist” in 2010 by Seattle Weekly, has been featured as “Poster of the Week” in The Stranger, and recently included in the book 1000 Indie Posters by John Foster (Rockport) and the upcoming Gig Posters Volume II by Clay Hayes.

Check out some of her posters in her Etsy store. 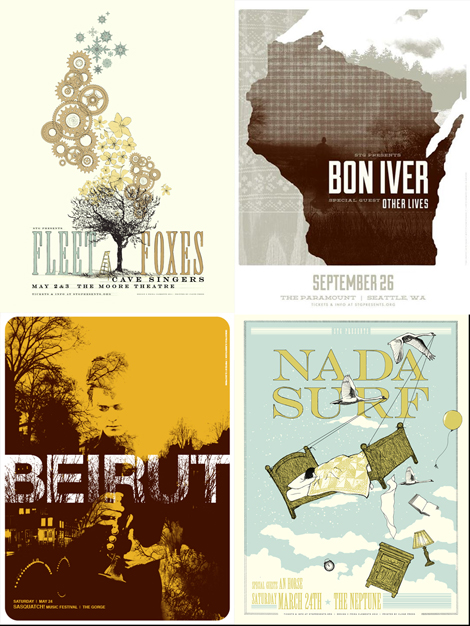