Alright everyone. Lets start the week out like this. Put one of your arms in the air. The other, point it towards your closest neighbour and press play on this new video from The Rapture.

If you haven’t heard of the Rapture before, go back to New York circa 2001. Listen for a shouty post punk band blowing up dancefloors with heavy baselines and indestructable beats. Go ahead to 2003 when the band released Echoes to critical acclaim, giving us tracks like Sister Savior. Fast forward to now and take a listen to thier latest.

Here’s Get Myself Into It off Pieces Of The People We Love. 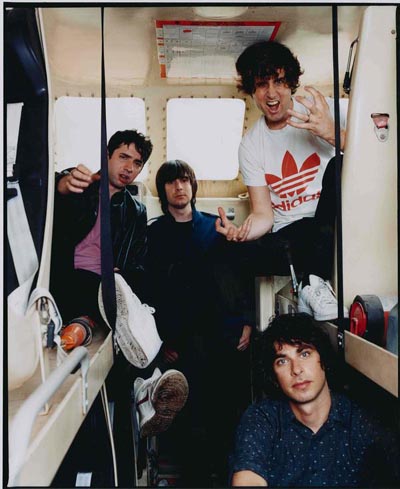