So I’ve finally got my wedding mix locked down (and backed up). This diddy here is going to play somewhere in the middle (the bride-to-be would not let me remove it from the list). In some weird twist of coincidence, I received a cover of that song today, which is quite different. A nice perspective on a classic.

Check out Hungry Like The Wolf by Rats With Wings.

The band hails from Brooklyn, a two-piece (Brendan Fitzpatrick and David Hurtgen) who have been working together for nearly 15 years. ‘Their sound is a culmination of wide ranging influences from Dylan to Merzbow, with Fitzpatrick acting as the primary songwriter, and Hurtgen as the arranger/producer.‘

Here’s their single off their EP Tiny Guns, Everwise Muskellunge.

This song keeps growing on me. Initially, I was turned off by the instrumentation (it sounded too much like the 80’s for me). As I kept listening, I started getting drawn into the hooks and the melody.

Rock Brigade is the one thats getting the most play here though. Keep in there for the drum change near the end. 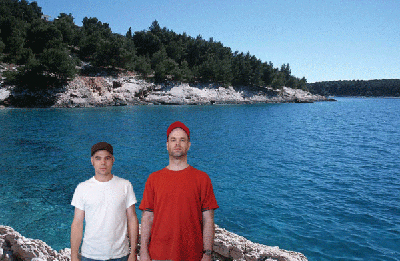 « Songs From A Room » Currently Listening To