Songs From A Room

I’m not sure if anyone is really aware of this yet, but let me fill you in on something that I just noticed and is of extreme importance. It is f’ing Aug. 17th!!! Where did this summer go? It’s probably in her suitcase on their way to Chile…..

Got a message the other day from an avid kickballer, one time Los Angeles Dodger of Toronto and musician Nick Bechard about some fresh new songs that his band Song From A Room had ready. They’re a 5-piece, almost all Windsor ex-pats now living in Toronto who take their name from Leonard Cohen‘s 2nd album. From their 4 song debut EP (to be released at their release party Monday, Aug. 27th at the Horseshoe), I can really sense intensity in their music. And I bet you’ll hear that in their live show.

Check out Believing. QOTSA fan’s will probably enjoy this one. For some reason, it makes me want to drink Jager…. could there be hidden messages in the music? 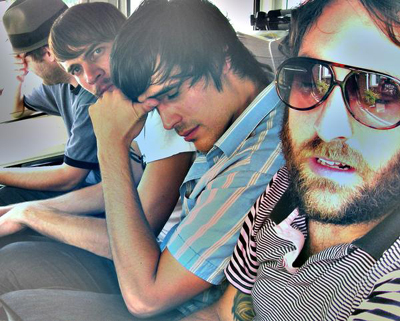 « Something About Wolfe Island » Rats With Wings