Hear This: ‘Distance And Temptation’ by In Grenada 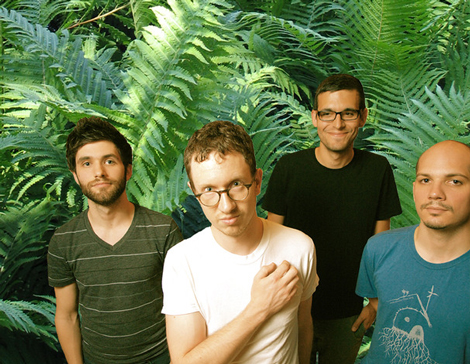 Check out In Grenada, a band born from the ashes of Philadelphia ukuele indie band Movable Type. They’re currently about to self-release their debut (Break) on Sept 28th; 10 songs of cowboy-harmonicas, shimmering guitars and thundering toms inspired by the pain of country, the joy of pop and the attitude of rock n’ roll. I was really drawn to the song below, for fans of Harlem Shakes, Two Hours Traffic, Wolf Parade.

-trust your friends who love music. they’re the ones that will take you to great shows.

-never judge a band completely by their sxsw performance

I kept thinking I could just come back to this update and totally recall everything as if it did just happen. Well, I’m here trying to recap what happened on Thursday, March 13th, so there will be gaps, things out or order, but who’s counting, right?

I’m pretty sure the first performance I saw that day was Sweden’s The Tallest Man On Earth. I must have missed ‘A Field Of Birds’, as I came in mid set. But, I managed to absorb the rest of his solo acoustic performance and make a note to get more familiar with his most recent album ‘Shallow Grave’. Good stuff indeed. Unfortunate band/artist name though when you think of it (if you want people to find your myspace page in google and not his). 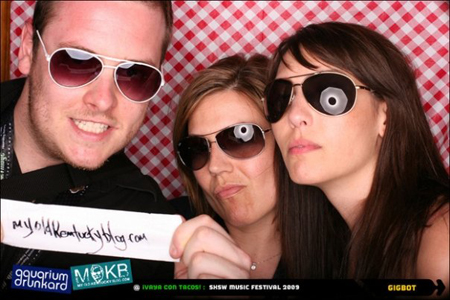 I took Stephanie and Season (left to right) to MOKB and Aquarium Drunkard‘s !Vaya Con Tacos! party at Peckerhead’s. We arrived just in time to hear the beginning of NewVillager‘s set. Unfortunately, the band had sound problems with levels and echoes on the mics. Rich Doors didn’t sound as good as the mp3, but I still liked the set. We came back to this party later on as well. Caught some J. Tillman and met Dodge. The former’s set was subdued, chill, refreshing. The latter was a nice guy to meet, as well great blogger.

Every afternoon in Austin, right around 4:30, I found myself in the fanciest room at The Driskill for free drinks, bed lounging and guitar hero courtesy of The Orchard. Always nice to recharge with the help of AC before heading back out into the heat. This stop lead me directly into crashing a semi-private meet-and-great with Glasvegas, via Jonathan at Columbia. Can’t really remember where on 6th it was, but I remember there was a pool table and we were upstairs. and the food took forever (i never stuck around to see if it arrived). I had great chats with both of the managers of the band and look forward to meeting up with them this week when they play the Mod on friday. I’m a little double booked (Andrew Bird) but I might try to be two places at once… Love their album, its still a go-to on the subway to work.

Did I have dinner that night? Who knows. But I have a gap here of about 3 hours. Can’t remember. Hmm, maybe I should have got an iPhone with constant twitter access. Then I could just surf through the archives and decipher my drunk thumbling. Next time.

I do remember where I was at 11pm that night. Habana bar for Efterklang. Wow. The best performance I saw in Austin this year. Hair standing up on the back of the neck, goosebumps on the arms and people in the audience looking left and right at each other to share their awe of this Danish bands performance. I was such a newbie to their music, taken to the show on a friend’s great recommendation. I could never quite tell where each song was going, but each change made complete sense once it washed over us. I’ll cut myself off her, expect a full dive into this band, as well as a live review of tomorrow nights performance at The El Mocambo (wed april 1st with Peter Broderick). For now enjoy Mirador. Here’s last years video for Cutting Ice To Snow.

The rest of the night was more about having fun. I turned my networking mind off and simply went with the flow. We caught The Golden Filter and Thunderheist at Beauty Bar as well as Harlem Shakes on the Red 7 Patio. There were many drinks consumed, new moves on the dance floor and fond memories had with friends. Thursday done. Friday, up next. 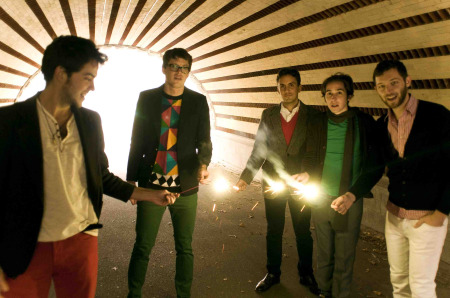 Harlem Shakes could be my band of the moment. And I think they got me on the 5th try. I kept seeing the name on blogs, I got the press releases, and I heard their songs up on their myspace. But instead of grabbing me, I mentally put them in the ‘check again’ folder in my head. I’m glad my brain has the function.

I’m now hearing songs off the bands upcoming release (Technicolor Health, out March 24th on Gigantic) and loving the sound they’ve got there. A rhythic and colourful driving AM pop sound, recorded by Chris Zane (Les Savy Fav, The Walkmen, Passion Pit, White Rabbits). The album is about surviving abject shittiness. Everyone in the band sings. The Voice called them on of New York’s best bands at the moment. And it seems to be music thats only getting good reviews. I’m glad others agree. I urge you to dig deeper and fill in these blanks, I’m only just scratching the surface here.

Catch the band on the road, currently touring with Tokyo Police Club (myspace).