“Synesthésie” by Malajube, off their new album La Caverne (available this Tuesday April 19, 2011 in Canada on Dare To Care Records).

Malajube || Synesthésie from Dare To Care Records on Vimeo. 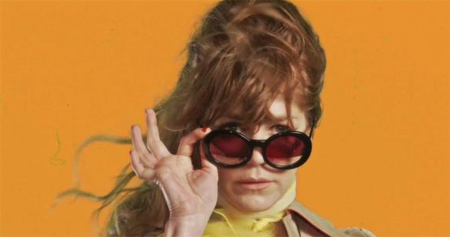 ‘Ready For The Weekend’ by Calvin Harris

‘You Saved My Life’ Cass McCombs

‘To Be Loved’ by Joan As Police Woman

‘In My Dreams’ by EELS

Here it is. 6 bands/artists that are 2nd time nominees and no debut albums.
Who do you think will take it?

Fucked Up – The Chemistry Of Common Life
Toronto
Website | MySpace

Here’s what I’ve learned about SXSW. Be ready at any time to start drinking. Normally, this began around noon and wouldn’t stop until around dinner or into the wee hours of the morning. Last week, I would occasionally wonder who was consuming more… college kids on spring break, or me in Texas on a business trip….

I spent the majority of the day working the Canadian Party at the Brush square. It took place in a little park outside of the Austin convention centre normally reserved for countries to host showcases/bar-b-ques. Of all the countries putting on shows, Japan had the most people out, but I think we had the best lineup.

I was really impressed by sets by Vancouver’s Lions In The Street and Toronto’s The Cliks. And it got better. Holy Fuck took the stage with Buck 65, with what was billed ‘Holy Buck’ (K’Naan and Cadence Weapon were actually supposed to show but cancelled last minute). I think a few more were converted that day, the crowd was definitely into it.

Malajube headlined that day. What a success story for a French speaking band from Quebec. Nobody cares that the majority of people watching them live has no idea what they are saying. Its about their songs and their presence for me. You can’t help but feel better watching them.

Break for dinner and drinks.

Wednesday night was a lot of moving around. Sea Wolf performed first at Blender Bar. I liked the set quite a lot, despite some feedback that the band has been plaqued by bad shows. Next was Emma Pollock. She was good, but I felt out of place at the venue. Everyone there was a Delgados fan, I missed the boat on that one.

If you’ve read this blog before, you might have seen a post or two on Glasgow’s Frightened Rabbit. One of many highlights of the festival for me. Not only did they perform ‘Music Now‘ right after I drunkenly blurted it out to them on stage, but a huge pinata rabbit was smashed on and off the stage by any audience member with agression to get out.

I spent the end of the night at Beauty Bar Patio. Saw sets by Jack and Illinois and eventually Annuals. As one of my favorite records of last year (Be He Me), I had high expectations of the band. This was not their night. The sound was horrible, couldn’t hear ANY VOCALS!! I felt sorry for the soundguy, as at this point I was pointing stink eyes at him motioning my right thumb up and up.

I was going to half to see them again that week…..