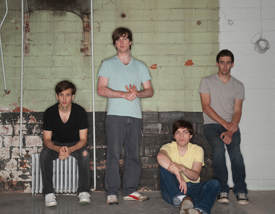 What: The title track off the upcoming album ‘Territory’, a follow up to the Polaris nominated and critically acclaimed sophomore effort ‘Little Jabs’. This album still has Joel Plaskett‘s producing touch; adding extra shine to an arsenal of sunny indie-pop at its best. To support, expect this band to be consistently on the road, like always.

Song: Territory. I’m thinking if you’re a fan of new Phoenix, you’re going to like these songs.

« Video: ‘Born On A Day The Sun Didn’t Rise’ by Black Moth Super Rainbow » Anywhere Else by Rikers