They Blind The Stars, and The Wild Team by Decoder Ring 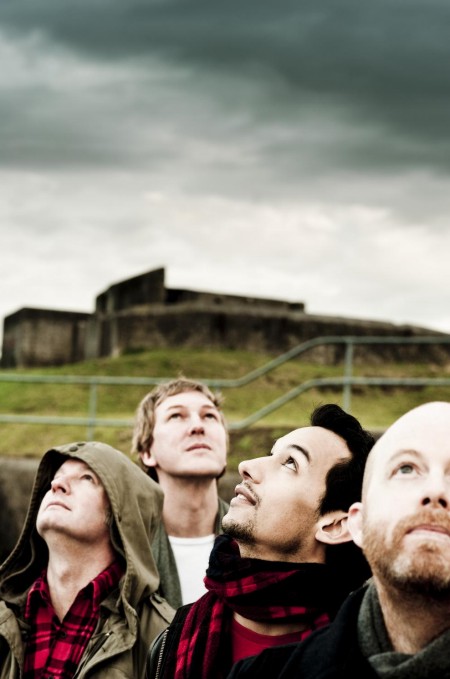 Aussie post-rock outfit Decoder Ring are launching their first effort since 2006’s Sommersault, on September 1st. Chris posted the video for the album’s opening track, Beat The Twilight, last month, and gave me the opportunity to subsequently review the full album.

Listening to They Blind The Stars, and The Wild Team is a venture not taken lightly, though despite the gravity of the music, it remains all the more uplifting. Plumbing depths and reaching highs, it is quite easy to imagine these songs working as the audio backdrop to imagery from scenes in your favourite dramatic enterprise. The sonic landscape described on the double album is both awesome and bombastic… but the tunes will caress your ears at the same time.

The album’s title track features a solid build that reminded me of the feeling one has cresting the top of a large mountain to view a lush and verdant valley below. The efforts of Scott Colburn (Arcade Fire, Animal Collective, Yeasayer) from a production standpoint are much appreciated.

Happy Place was another tune that appealed, as it candidly described the sentiment of its namesake. Let a Thousand Flowers Bloom is the third of my favourites. Its pace was a bit more varied but there was never really a point in the track that let me down.

Those of you who recall the sounds of Godspeed You Black Emperor! or who enjoy listening to Mono or Mogwai will be quite content to ride along with the Wild Team as they ride you towards the land of Decoder Ring’s exultant soundscape.