Well, as you can see I’ve already reported on the most memorable part of the weekend. My thoughts on the dickhead that ran on the stage and pushed Noel over (ie. Daniel Sullivan, 47, of Pickering, Ont)? You ruined a concert for ton of people that paid a lot of money to be there. A bigger Oasis fan I’m sure will remind you of this in their own way.

Leading up to the festival I posted a little on what I was thinking of checking out and a plan for interviewing people with the question “What kind of Virgin are you?”. With most festivals with multiple stages, running into friends and colleagues, plans generally get thrown out the window. It’s never wise to think of the bands you missed, but the moments you had.

I got to interview the Pigeon Detectives in their trailer with Jon Dekel from Gasoline Magazine. I generally don’t do many interviews on the site (this was my first one in person with a band). And maybe I’ll do more. The guys in the band were pretty cool and gave me a B- for my interviewing skills (think it was because while they were answering questions, I was fumbling with my video camera). Look for that interview, as well as some notes on the bands newest EP in the next couple of days.

MGMT were pretty good, but if I were in charge, I’d revamp the setlist. They saved the hits for the end (Electric Feel, Kids, Time To Pretend) so for most of the set, the crowd didn’t dance, just looked onward while adjusting their hippie headbands.

And their red Kanye shutter sunglasses (they were being given away in one of the many boothes set up on the island).

I really enjoyed seeing The Arkells again, but if you read this blog, you’ll know I’m a fan. This band from Hamilton was originally called Charlemagne, but over the last year changed names, got signed to Dine Alone Records (City and Colour‘s label) and are now working on a new record, which I’ve been told sounds great. The live versions are reworked (try to catch Abigail) and they band is selling the coolest merch item, mugs. 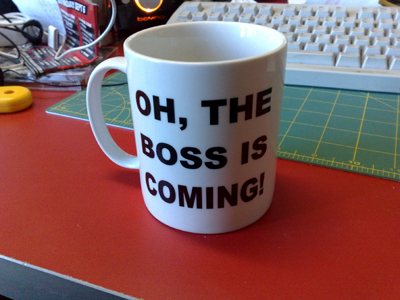 Like most concerts on the island there were some issues with lineups (especially crossing over a river from one stage area to the others), washrooms were barely bearable, food and beer overpriced and the ferry took way too long to get over to the island (sometimes there was a 2 hour wait). But really, these issues didn’t really seem to get in the way of me having a good time.

Maybe I could of come out of the concert with that feeling if I wasn’t wondering how the hell someone got a shot in on Noel like that. Crazy. 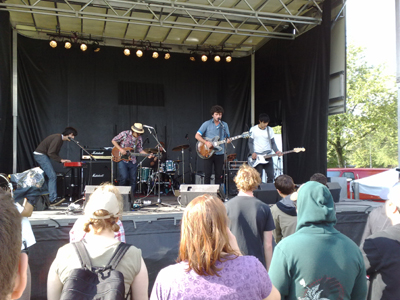 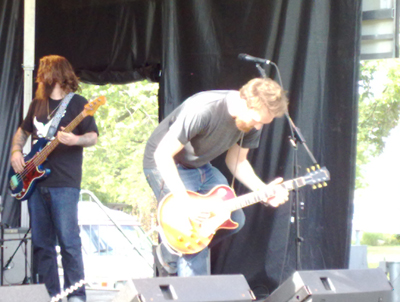 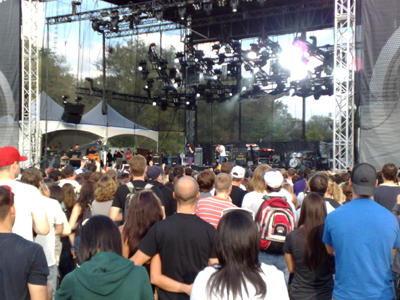 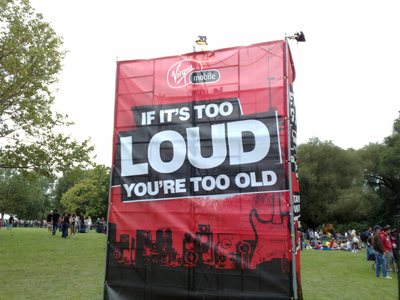 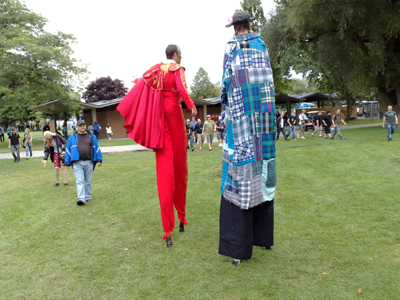 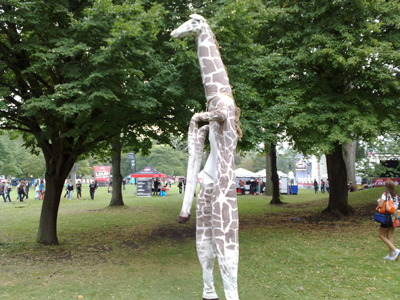 « One Day by Amit » Killer Of Dragons by The High Dials