The writer’s strike has its pros and cons.

Part of me wants the two sides to agree so that shows will start airing new episodes, thus allowing me to have more opportunity to pitch songs to those shows. On the other side, when there are no writers, there are gladiators.

I watched the premier last night. F’ing awesome!! New Gladiators, new events, more bling. Maybe a little too much script (you’d think there would be less) and propaganda. Either way, I found myself completely wondering what kind of world produces a maniac like Don ‘Hollywood’ Yates (known as Wolf) and cheering for some tiny kid name ‘Moly’.

Do yourself a favor. Meet the men gladiators. Hilarious. 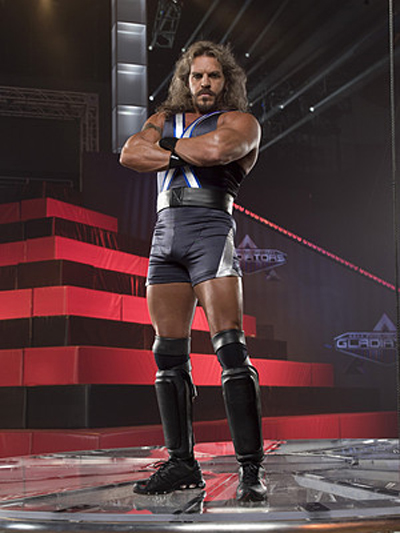 « Les Savy Fav – Tube out the Jams… » All The Pictures