For Your Love by Marching Band 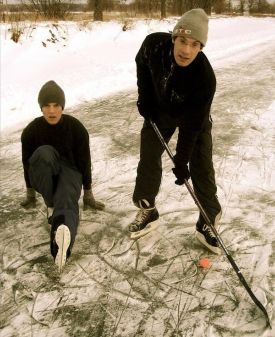 Who : Marching Band from Sweden.

What : To follow up my previous note on this band, it seems as if Erik and Jacob have been really busy with their new record. Since Spark Large was released by U&L Records in August, the band have had reviews in Rolling Stone, a KCRW session with Nic Harcourt, as well as had their songs featured on 90210. A new song called Trust Your Stomach just made it onto the soundtrack for Nick and Norah’s Infinite Playlist .

Here’s the lead-off track from the album; Swede-pop that should brighten your mood. Head to Indiemusicfilter.tv to watch the video for Make Up Artist .

« Shelter by The Dead Trees » Brasstronaut