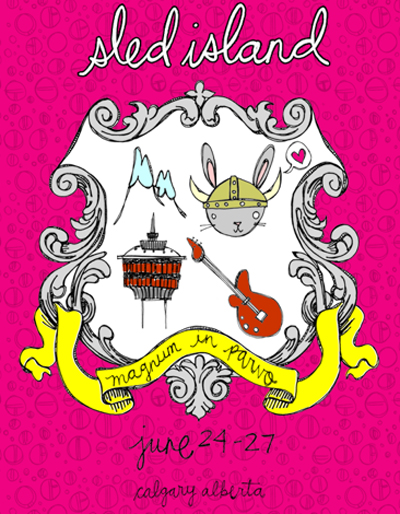 Sled Island 2009’s programming features a line-up of 250+ bands spanning the globe, proudly including over 120 from Alberta, 100+ from the rest of Canada and 32 international bands.

More info here. Wish I were going…. maybe they’ll fly me out there?