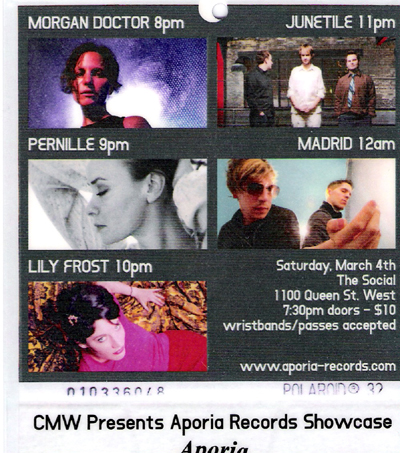 Stereotypically, the Toronto audience is made up of people standing with the arms crossed in front of them, with their head cocked slightly left or right, to indicate analysis. We generally won’t show too much upper body movement, maybe a slow sway back and forth. If any movement, we tap our feet on the ground.

I found it hard not to move to this band. They are a band with two drummers, multiple bass players, keyboards, synths, samplers and vocoders. They are from Edmonton on a label called Normals Welcome. Sounds like Air on crack with electro. They’d be a good fit with the Juan Maclean. Really fun live show show show show.

Check out the tune ‘Tiiired‘ off their first debut EP. More coming soon. 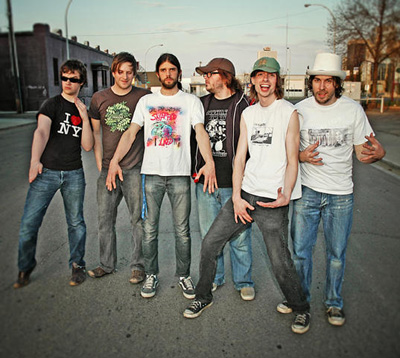 Day 1 of CMW. Took a trip down to the docks.

Liked what I saw from Magnet. 1 guy playing a lap steel guitar at the front of the stage, looping sounds, triggering beats, and creating etheral soundscapes. And singing.

Even Johansen (Norway) gets likened to artists like Elliott Smith and Jeff Buckley. I think he sounds more like a mix between Lindy and Richard Ashcroft.

He’s in Toronto tonight at the Comfort Zone 10pm. 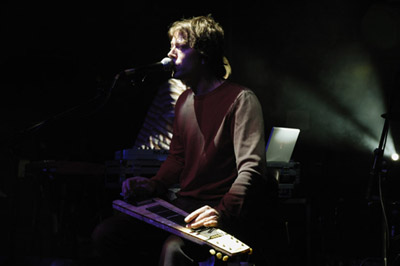 When I first heard the intro ‘Victim Card’ by Snowden, I thought it sounded like a darker version of the Kids In The Hall Intro.

Four-piece band from Atlanta, Georgia led by Jordan Jeffares. Impressive list of opening gigs for bands like the Arcade Fire, Clap Your Hands et al…., and the late Unicorns.

I like Chin Up for riding the subway, Anti Anti for brisk walks and struts. 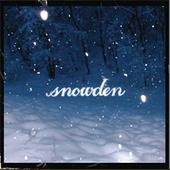